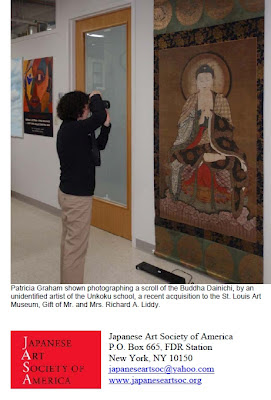 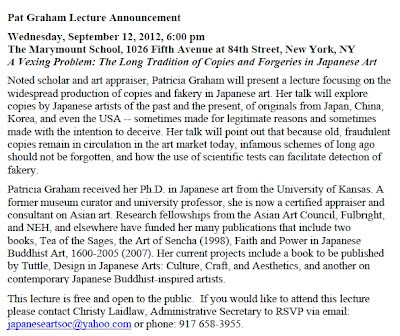 On July 16, 2012, the NY Times reported that a German art handler and a Chinese associate were detained on charges that they undervalued imported art to avoid customs duties. The article states that "[t]he detentions have put a spotlight on the mercurial Chinese legal system and raised questions among collectors and industry executives about the potential pitfalls of China’s fast-growing art and antiques market, which last year surpassed the United States to become the world’s largest, according to the European Fine Art Foundation. The crackdown, industry professionals have warned, could dissuade Chinese collectors from bringing home art purchased abroad." The article then adds that "legal experts said that art handling firms simply work with the values provided by their clients, but that Chinese law is murky on whether individuals employed by shipping companies can be held liable for undervaluing a work...in China imported art is often levied with duties that can reach 35 percent of an object’s value. Many industry veterans complain of a customs process that is notoriously onerous....and "[a] number of art professionals, speaking on the condition of anonymity out of fear of drawing unwanted attention from the authorities, have suggested that the government may simply be trying to remove the competition as it prepares to enter the lucrative art-handling business. Read the full article HERE.
Posted by Pat Graham at 8:25 PM

On July 17, 2012, the Wall Street Journal reported Sotheby's has had to resort to attempting to publicly shame a mainland Chinese buyer who failed to pay for 20 lots he bought at their April 2012 Hong Kong sale of Chinese paintings. Here's hoping they are successful.

NY Times article THE CURSE OF THE OUTCAST ARTIFACT

Provenance (the history of past ownership) has great importance when assessing value of ancient Chinese arts. That is because dealers and auction house are increasingly unwilling to accept objects for sale and museums are not accepting them as gifts if acquisition history cannot be documented prior to 1970 (the year a United Nations convention on looted antiquities took effect). On July 12, 2012, the New York Times published a story on this situation: http://www.nytimes.com/2012/07/15/arts/design/antiquity-market-grapples-with-stricter-guidelines-for-gifts.html?pagewanted=3&_r=1
Posted by Pat Graham at 1:42 PM

The problem with Chinese buyers failing to pay up after winning bids at high profile auctions is accurately described in Bloomberg's article from several months ago. Yet, based on reports I have received regarding sales in Hong Kong this April, the issue has not been resolved, despite auction houses institution of new strategies (including receipt of deposits).
Posted by Pat Graham at 8:49 AM 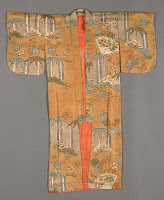 BBC Radio reported that a group of 18 Chinese artifacts, mainly jades, were stolen from the Fitzwilliam Museum in Cambridge on April 13, 2012. Professor and popular art crime author Noah Charney wrote a blog post about this. Not too surprising a development given the booming Chinese art market.
Posted by Pat Graham at 1:48 PM

May 5 Presentation in Washington, DC

I will be a speaker on May 5 at 2 PM, the Freer Gallery (Smithsonian Institution) in a program entitled -- CONVERSATION: VISUAL CULTURE AND SOCIAL UPHEAVAL: IMAGING CHANGE IN LATE EDO PERIOD JAPAN.
The program is held in conjunction with two special exhibitions at the Sackler Museum, which I highly recommend to anyone interested in Japanese painting and prints.

I recently attended a 2-hour forum at the Asia Society in NY in which a panel of experts including museum directors and curators, art dealers, academic specialists, collectors, and a former officer with the Department of Homeland Security discussed issues relating to the collecting and displaying of ancient Asian art. I found the discussions incredibly informative and have already found a summary of it and a video of the entire program posted to a website.
Posted by Pat Graham at 9:53 AM

For readers of my blog interested in learning more about Korean art, I urge you to join the KOREAN ART SOCIETY, based in New York City.
Posted by Pat Graham at 11:34 AM

As a fan of mystery novels in general and S. J. Rozan's Chinese-American detective Lydia Chin and her partner Bill Smith  in particular, I was delighted to read her newest novel, GHOST HERO, whose storyline featured mystery and intrigue surrounding a fictional contemporary Chinese painter. It is set in NY City, just before the start of "Asian Art Week," an annual event each March, which I generally attend. I thoroughly enjoyed it! On S.J. Rozan's website, I was pleased to see a page with links to numerous resources for the study and appreciation of Chinese art in general that she describes as the GHOST HERO COMPANION GUIDE.
Posted by Pat Graham at 11:18 AM