The Art Daily online art news blog reported this morning that a new record has just been set for the price of a Chinese porcelain at auction. The piece in question is a rare Northern Song dynasty (960-1127) Ru guanyu ware brush washer measuring only 13 cm in diameter. Bidding started at around USD $10.2 million and the winning bid was USD $37.7 million. 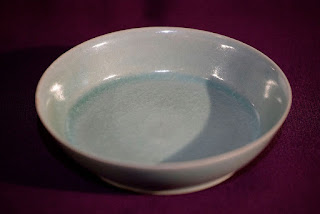 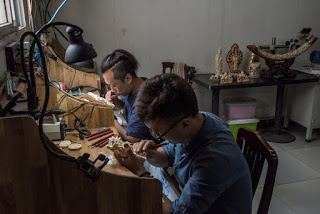 Provenance and Plunder at Museums

Aljazeera recently reported on an interesting story of interest to Asian art collectors of antiquities.
Provenance and plunder: What museums won't tell us. On how Western museums encourage and abet the smuggling of antiquities.
For the article, click here.
The next time you visit museums, consider what the labels do not say about where the art came from. As the article notes, "Museums fight against having to reveal the provenance of objects precisely because they know that many of the objects in their vast collections have illicit histories behind them."
That being said, it is important to remember that decades ago when museums began acquiring Asian pieces, the world was a different place and removal to a museum often saved pieces from ruin.

I just heard about this, it would be interesting to see it live.
A Ton of Ivory will be Crushed in NY's Central Park 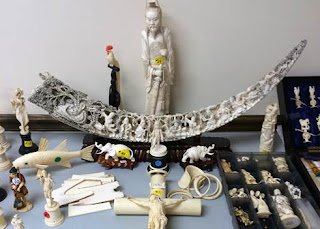 A recent NY Times article Live Auctions End at Christie’s South Ken. Will Online Sales Fill the Void? , though not directly related to Asian art sales, is indicative of the changes to the art market in recent years. As one of the people interviewed for the article stated:
“More and more people want funky postwar design, pictures and decorative objects — and maybe one signature antique,” said William Rouse, managing director of Chiswick Auctions, a suburban London salesroom that is aiming to capitalize on Christie’s departure from South Kensington, one of the city’s most affluent neighborhoods. “They don’t want big lumps of brown furniture.”

The article also notes the growth in the sales at auction of luxury goods (such as handbags, watches, jewels), describing these as "luxurification” of the 21st-century market," and although sales in these categories were down, sales of old masters, 19th-century pictures and Russian art fared much worse in the past year.

However, Asian art, Impressionist and modern art, and postwar and contemporary art did the best at Christie's in the first half of this year. Overall, online-only auctions have increased in recent years, but Christie's is not necessarily the leader in these; as the article states, "in the first half of 2017, at a time of overall growth in auction sales, Christie’s held 35 online-only auctions compared with 118 digital sales the previous year."

I am honored to have an essay in the new book, Zen and Material Culture, edited by Pamela D. Winfield and Steven Heine (Oxford University Press, 2017), pp. 137-163. 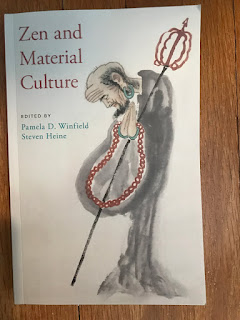 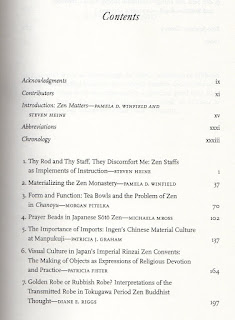 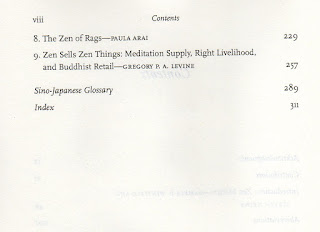 The PBS Antiques Roadshow has recently posted a useful article that summaries the current laws pertaining to sale of ivory. Access it here
Posted by Pat Graham at 10:22 AM

The new records in modern and contemporary art confirm the trend which began recently, notably with the new record reached by ZHANG Daqian (1899-1983), the Chinese Picasso… The sale of Zhang Daqian’s works generated more than $300 million in 2016, although the market has quietened down compared to 2014 when his works raised more than $500m in one year.
Posted by Pat Graham at 10:14 AM

Selling Your Parents' Possessions is Harder than You Think

I've been getting a lot of queries recently from people who need to dispose of family possessions. Sadly, much of what I am asked to evaluate have only minimal decorative value. That is because lifestyles of younger people have changed and they are simply not so interested in antiques, Western or Asian, unless the pieces are really, really special. I am happy to look at things, for my minimun fee, and advise on where things can be sold. But it is important for people who contact me to understand they need to have realistic expectations and in most cases, sales will not be able to pay for care of elderly loved ones.

Much has been written on this issue lately, including this interesting, basic article, Sorry, Nobody Wants Your Parents' Stuff
Posted by Pat Graham at 5:52 PM

PERSONAL PROPERTY APPRAISERS AND YOU

The Appraisal Foundation has produced a short (2-page) brochure (download it here: PERSONAL PROPERTY APPRAISERS AND YOU), that very succinctly and clearly offers the general public and others who recommend appraisers to individuals (librarians, museum curators, bank trust officers, attorneys, insurance companies, etc.) advice on what qualifications appraisers must have and how to find appropriate specialist appraisers. 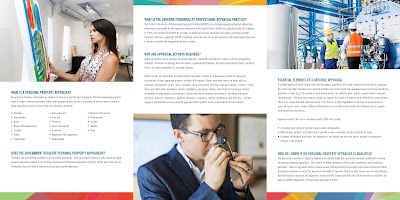