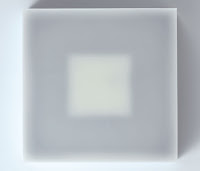 THE SPIRITUAL IN CONTEMPORARY ART: 1980S TO THE PRESENT

This talk addresses a subject absent from discussions about contemporary Japanese art amid the mania for contemporary Japanese artists inspired by pop art forms of anime and manga: the power of Buddhist spirituality to inspire artists both within and apart from Buddhist organizations. The existence of these artists refutes widespread misconceptions about the faith's intellectual demise in today, stemming largely from Buddhism's lack of clear visual identity and the alienation of many of its followers from its institutions. My talk presents case studies of three contemporary Japanese artists inspired by Buddhist spirituality in very different ways. Only one, Mukoyoshi Yuboku (born 1961) is formally acknowledged as a Buddhist artist because he mainly creates icons, although his recent collaboration with American artist Charles Ray reveals his openness to new modes of spiritual expression. One of the others, Turner-Yamamoto Shinji (born 1965) lives in the , but creates site-specific art installations worldwide using found organic materials to express his search for universal connections between humankind and nature. The third, Mukaiyama Kisho (born 1968), created his own hybrid painting/sculpture medium to give visual form to the diffuse colors of light he envisions in his prayers to the Buddha worlds of the esoteric Shingon sect. In examining the relationship between personal religious practice and artistic inspiration, this talk aims to refute assertions that faith-based spirituality is restrictive rather than conducive to artistic creativity. It also shows how artists can use unorthodox visual expressions of faith to express universal spiritual values that appeal to diverse audiences.